Groundwater monitoring and sampling activities at the Hinkley site are being conducted in compliance with Cleanup and Abatement Orders (CAO), Waste Discharge Requirements, and other directives issued by the California Regional Water Quality Control Board, Lahontan Region (Water Board). The purpose of the GMP is to collect data to observe and document water quality conditions and groundwater flow patterns at the site. The GMP wells are sampled in quarterly, semiannual, and annual monitoring events.

On September 29, 2011, the Water Board issued Investigative Order No. R6V‐2011‐0079, requiring PG&E to provide additional information in quarterly groundwater monitoring reports. On March 14, 2012, the Water Board issued amended 2008 CAO No. R6V‐2008‐0002A3. Section III.9(a) of the Amended CAO requires PG&E to operate the existing groundwater extraction system or equivalent (as of January 15, 2012) to maintain hydraulic capture of the chromium plume within specified targeted areas on a year‐round basis. Section III.9(b) of the Amended CAO also requires PG&E to collect groundwater elevation data from select monitoring wells and piezometers and to provide a monthly evaluation data report. Separate reports documenting hydraulic control of the specified targeted areas are submitted to the Water Board by the 15th day of the month following the monitoring period. 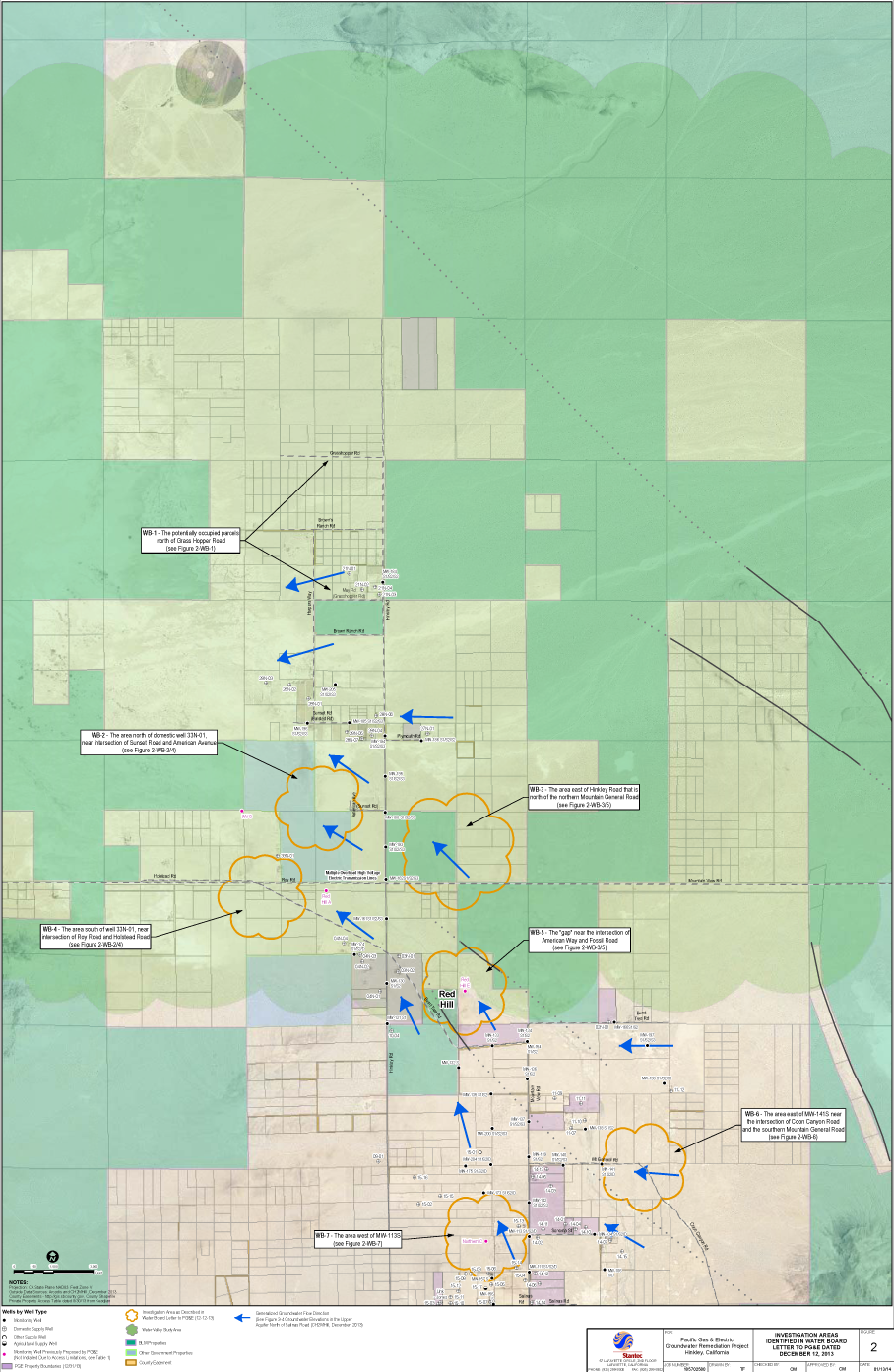 January 17, 2014: PG&E’s TM Proposing Investigation in Areas North of Thompson Road as Identified in a December 12, 2013 Letter from the Water Board