HINKLEY, Calif. – We all love a neat, tidy Hollywood ending to a David and Goliath story. Sadly, in the real world, they are hard to come by. More often than not, the little guy might win a battle, but Goliath prevails over the long haul — winning the war.

Before I went to Hinkley, I did, of course, watch the movie once again. As it turns out Erin Brockovich is accurate in many respects.

You might remember the woman who gets a big check at the end of the movie after the down-on-her-luck, crusading legal assistant has brought a giant utility to its knees for polluting the groundwater beneath the tiny desert town half way between L.A. and Las Vegas.

In the movie, she was known as Donna Jensen (and played by Marg Helgenberger). There is no real-life Donna Jensen — the details of her story are a composite of several real-life travails.

But Roberta Walker was the main inspiration. Naturally, it was not long after I met her that I asked her what she thought of the movie.

“Oh, it was a piece of crap,” she said. “The only true thing about the movie is that [Pacific Gas and Electric] poisoned us. We didn’t bring a giant to their knees obviously; we just woke them up — woke up the dragon.”

Roberta is not allowed to say how much she got from the $333 million dollar settlement that gave the screenwriters such a nice bow to wrap up the movie. It was, however, enough to allow her and her husband to build a new home on a hill overlooking Hinkley.

“We loved it here, everything about it,” she told me. “The peace, the quiet, the privacy, and we built it. We had our well tested…and there was no chromium.”

But there is now. And Roberta is looking to move again — out of Hinkley. But that does not guarantee she will find chromium-6 free water.

The real-life Erin Brockovich has moved onto the national stage as a consumer advocate and now curates a crowd-sourced map of reported cancer clusters. It is a real eye-opener.

A few years ago, The Environmental Working Group did a study of U.S. tap water, and it found a chrome-plated, potentially carcinogenic mess. They tested tap water samples from 35 cities and found chromium-6 in 31 of them.

The highest concentration EWG discovered, came from Norman, Oklahoma. But at nearly 13 parts per billion, the water there is still considered safe according to the 22-year-old EPA standard (100 ppb). It is, however, more than 600 times greater than the public health goal established by the California Environmental Protection Agency in the wake of the Hinkley well poisoning scandal.

Naturally, I was wondering about the tap water in my office/apartment in Bethesda, Maryland. Turns out it is .19 parts per billion (ppb.) That is ten times more Chromium-6 than the Cal/EPA public health goal.

I am a big proponent of tap water. I think the widespread use of bottled water is an environmental disaster. So I bought myself a countertop filter. And now I won’t drink anything straight from the tap anymore. I might soon upgrade to an under-sink model.

It is a shame that we cannot be more confident about the water that flows into our homes. Regulators at the state and federal level say they have to weigh public health concerns against the economic realities of tougher drinking water standards.

In the U.S., we have a Food and Drug Administration to insure that any chemicals we ingest in the form of drugs are safe before they are allowed on the market.

Should we apply the same burden of proof to chemicals that are widely used by industry, which all too frequently poison our wells?

David Heath of the Center for Public Integrity contributed to this report. 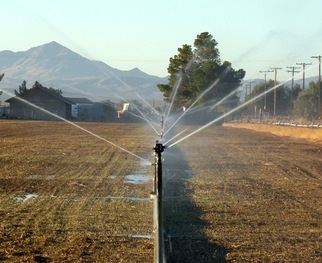 Miles O’Brien investigated this story in partnership with the Center for Public Integrity. Go to their website here for an in-depth look at how industry scientists stalled government action on chromium-6.