BARSTOW – Mention the community of Hinkley and one might think of a chromium plume in the area.
That association might only be about half right. Get ready to add a new one: Manganese plume.

And later this year, it will begin sampling multiple points to the west, as tests at several private wells have shown high amounts of manganese and black water – a telltale sign that manganese is present, said Lauri Kemper assistant executive officer of the Lahontan Regional Water Quality Control Board, during an update for the agency’s board of directors at a public meeting in Barstow on Wednesday.

Because Hinkley’s plume of cancer-causing chromium 6 is moving northward, it would seem logical that the source of the manganese to the west must be coming from another source, said Ian Webster, the scientific advisor for a group of Hinkley residents.

“But why is this happening now?” he asked.

The Lahontan water board asked PG&E to map the manganese plume.

The addition of manganese, a heavy metal-like chromium, to Hinkley’s groundwater was an expected byproduct from the injection of ethanol into the ground where the highest concentration of chromium 6 is found.

The ethanol sets up a chemical reaction, which changes chromium 6 to the relatively harmless chromium 3.

The ground zero site is where, in the 1950s and 1960s PG&E dumped chromium 6 laced water from a cooling tower at its Hinkley natural gas pumping station.

This is where chromium concentrations were the highest and the injection of ethanol has brought the concentration levels down.

But this new manganese plume poses its own set of health hazards, most of them neurological. Manganese has been associated with mental impairment. It may play a role in the development of certain Alzheimer’s and Parkinson’s illnesses, health officials say.

The amount of magnesium unleashed from the soil and now in some of Hinkley’s groundwater has exceeded expectations of some water scientists and upset many in Hinkley, many of whom thought the chromium 6 problem was more than enough to deal with.

Increasingly blackish water – a signature of manganese – is being found in private wells located some distance away from ground zero.

U.S. Geological Survey research hydrologist John Izbicki said, in an interview here Wednesday night, said he will be assisting in future studies to determine if the manganese showing up in residents’ water is related to the injection of ethanol or happening for some other reason.

Izbicki said he has been involved in the study of underground water movement in the Mojave Desert since 1990.

Ian Webster, a scientist advising a committee of Hinkley residents, said Izbicki will provide needed expertise and will bring “new tools and a new way of looking at things” as research moves forward to answer questions about Hinkley’s underground water contamination.

Over the objection of some Hinkley residents, the water board Wednesday night approved a request by PG&E to build new evaporation ponds for cooling tower water discharge from its Hinkley operations.

This water will have no chromium 6, water agency officials said.

And while the original ponds were were unlined, these new ponds have three layers of lining, have sensors to detect leaks and are large enough to capture water runoff from a 1,000 year rainstorm, said Brianna Bergen, an engineering geologist with the Lahontan water agency.

Water board meeting to discuss impact postponed to February

HINKLEY – Residents in Hinkley are all too familiar with groundwater testing.

Under order, Pacific Gas and Electric is required to test homes within the community on quarterly schedules for hexavalent chromium. But lately, higher levels of manganese and arsenic have become a newer concern.

Testing has shown manganese and arsenic levels are above state water drinking standards in some local wells. Experts believe the elements may occur naturally at a higher level in the area, or the high levels could be due to historical farming activities.

“We don’t know historically what could have happened,” said Lauri Kemper, executive assistant of the Lahontan Water Board. “We don’t know why people pretty far away (from the plume) have gotten manganese.”

Kemper said the state drinking water standard for manganese is very high at 0.5 milligrams per liter. She said in Hinkley there are some cases that are above that level. According to Kemper, manganese isn’t so much a health concern as a nuisance.

“It can stain your laundry, effect your digestion,” she said. “It has a laxative effect.”

As part of its cleanup efforts PG&E is injecting ethanol into the groundwater to turn the toxin hexavalent chromium into the nutrient trivalent chromium. It is believed this injection was causing higher levels of arsenic and manganese in the area’s water supply, but a set of wells directly north of the plume are detecting no manganese or arsenic, which is also the direction of groundwater flow, according to Kemper.

“It is something that we’re concerned about and that we’ve require PG&E to monitor as it involves their ethanol injections and seeking information for where sources might be,” Kemper said.

As a possibility, “people pumping could pull the water,” she said.

Arsenic is a cancer-causing chemical element and is set at a state drinking water standard of 0.010 milligrams per liter.

PG&E spokesman Jeff Smith said the company does not take any responsibility for manganese and arsenic found in the area’s groundwater.

“The results from our testing have revealed that manganese or arsenic resulting from any activity have not impacted any water on any domestic wells in Hinkley,” Smith said.

He said before the company began remediation efforts they collected data on the background levels of manganese and arsenic in the area. They believe any detection of these chemicals is a result of their natural existence.

“Natural occurrences of manganese and arsenic are typical throughout the western United States,” he said.

A meeting scheduled to inform the public on manganese and arsenic has been postponed to February as the Water Quality Control Board does a more technical review and study of the area, Kemper said.

Ongoing updates to the groundwater cleanup in Hinkley are reported at www.waterboards.ca.gov.

The next water board meeting to discuss the Environmental Impact Report and Cleanup and Abatement Order will be held Wednesday at 7 p.m. at the Lenwood Hampton Inn. 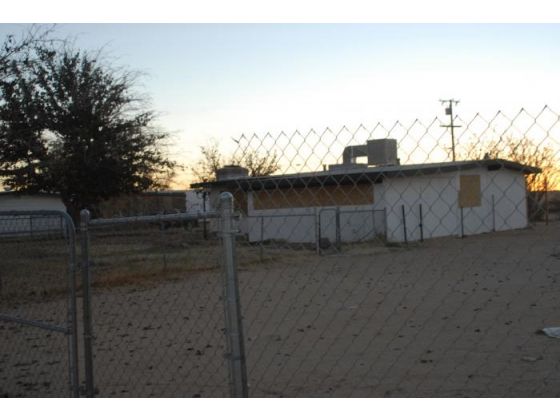 A boarded up house, a part of Pacific Gas and Electric’s Property Purchase program, sits on Mulberry Avenue in Hinkley. According to local resident Julie Heggenberger, the groundwater at her relative’s house next door tested 85 ug/L of arsenic, a level exponentially above the state’s drinking water standard.

Chromium plume set to be defined in northern and eastern areas

HINKLEY – The agency responsible for regulating Pacific Gas and Electric’s groundwater cleanup in Hinkley issued an amended Cleanup and Abatement order, requiring the plume be definitively set in the northern and eastern parts.

The order issued by the Lahontan Water Quality Control Board Wednesday, requires PG&E to fully define the chromium plume in the northern area at the Hinkley Gap and in the eastern area at Dixie Road.

“It is important that we have a clear and up-to-date understanding of the chromium plume boundaries,” the order from the Lahontan Water Quality Control Board read.

The amendment additionally requires that PG&E test domestic water supply wells at these areas on a monthly basis beginning in March, as opposed to quarterly testing that was done.

The current plume line is set at a 2-mile by 1-mile radius and PG&E spokesman Jeff Smith said it can change based on new information because it is drawn to the most current testing. He said the order means the water board is asking to test in areas that haven’t previously been tested

“They’re quite a long distance from where the initial contamination took place; the water board has not requested these areas previous,” Smith said.

“We received it yesterday so we’re currently reviewing it to make sure we’ve got a good understanding. It’s very important to us that the correct plume line in Hinkley be identified so we can move forward with the clean up, which will be in the best interest of all parties,” Smith said.

PG&E is responsible for groundwater cleanup in Hinkley after it was discovered the company was responsible for discharging hexavalent chromium in unlined ponds near their compressor station in the 50’s and 60’s, and contaminated the town’s water supply.

To see a full copy of the amended Cleanup and Abatement order go to: www.waterboards.ca.gov. 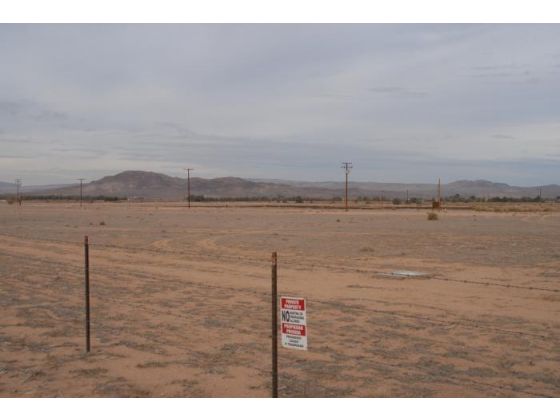 The fenced area located next to PG&E’s Community Center and old compressor station is where the highest levels of hexavalent chromium are detected and the bulk of groundwater cleanup is required.